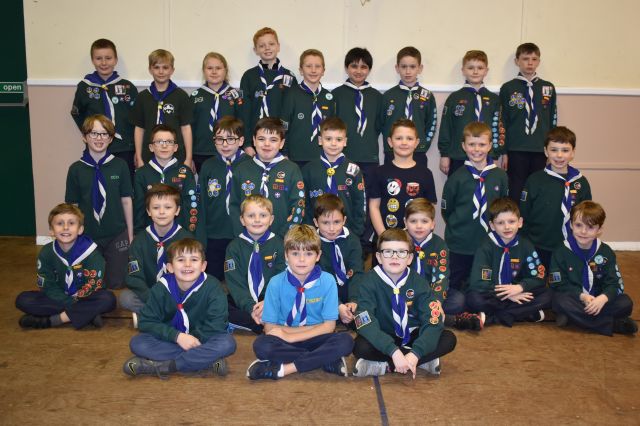 On the weekend of the 2-4th of February 28 cubs from Jupiter and Dragon Cub packs attended a Harry Potter camp at Belchamps. The camp was a resounding 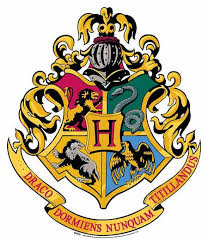 success and all those that attended the weekend had a fantastic time and all came away with new spells.
The Cubs and young leaders were sorted by the sorting hat into their respective houses, Gryffindor, Hufflepuff, Ravenclaw and Slytherin. The sorting set the tone for a magical weekend.
After this the cubs coloured their household crests and they went on a hike around the site.
The following morning the different houses started to attend their different classes, wand making, Defence against the Dark arts, Find the philosophers stone, and the Sorceress hunt. Each of these lessons were thoroughly enjoyable and the cubs learned lots of new things.
They all came away from the camp with their own wands, uniforms and also medals and wizard’s hats.
The Sorceress hunt was to enable them to find the ingredients for the potions to be used on Sunday. The cubs found the philosophers stone after a hike searching around the campsite. They also discovered how to repel death eaters during defence against the dark arts by using nerf guns.
Each of the classes had house points up for grabs in order to determine which the best house was for the camp. The cubs also competed in an inter house quidditch tournament which they thoroughly enjoyed and got rather muddy.
They then had a wide game which where the cubs earned more points for their houses. It was a really enjoyable and fun day at Hogwarts.
On Sunday they had a few final classes, they had a potions class where they had to perform different tasks in order to make slime. They also competed in the Triwizard’s tournament and a muggle studies class in the art of fire lighting.
The scores were then calculated to determine who was the winning house and the winning house was Ravenclaw, second place was Gryffindor, third place was Hufflepuff and in last place was Slytherin. All those who attended the camp had a great time and can’t wait until the next one.

Over the weekend the Cubs had 2 cameras with them to take pictures.